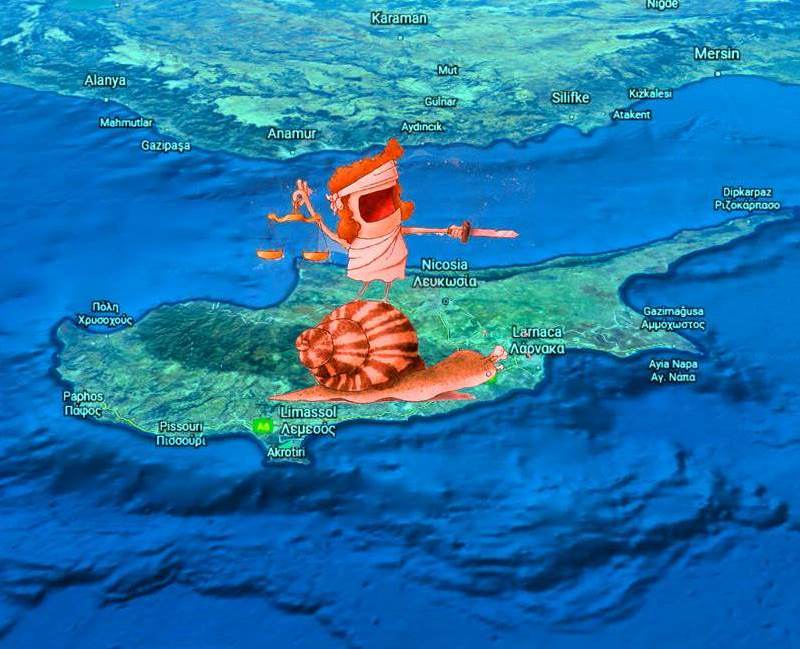 Cyprus justice: how to persuade a debtor in Cyprus to settle his debt?

You are a creditor; you have every reason to demand the repayment of a debt to you and you have no other choice rather than to appeal to the Cyprus court on the matter.

In terms of execution of justice, Cyprus is one of the slowest jurisdictions in the world. The duration of trial processes in Cyprus is more than 2500 days; whilst in the European Union is about 240 days on average.

In the Global Competitiveness Report of 2017–2018, Cyprus scored 3.30 points and received 85 points for “the effectiveness of the legal institutional framework for resolving disputes”. Processes delaying on for years may discourage even the most patient plaintiff.

Let's look at the whole procedure, and what one will have to face.

Let’s assume that your case is simple and straightforward and you are lucky, your opponent does not have a very qualified lawyer, and they will not be able to delay the process for as long as they need it so that you lose interest in your court application. Even without a qualified confrontation, the decision-making process itself, due to the peculiarities of the Cyprus legal system, will take from three to five years. But even after receiving a decision, it is likely that you will not be able to claim your debt because there are debtors who are trying to get away from paying debts, despite having a court decision made against them by the Cypriot courts.

A. COURT ORDER ON DEBT REPAYMENT VIA MONTHLY INSTALMENTS

According to Section 90 of the Civil Procedure Law (CAP. 6), a court may immediately or at any given time after examining all the circumstances of the case, make the decision for the repayment of a debt in instalments at a specific time and in certain amounts at the discretion of the court. If the debtor still does not pay his debt, then the creditor can file an application in a criminal court.

B. WRIT OF MOVABLE PROPERTY

A court ruling on the confiscation of movable property may be considered in certain circumstances as an effective method for enforcing a court decision. In essence, this is a court order allowing the Bailiffs to seize movable property and sell it at a private auction in favour of the creditor. However, a third party may appear in this process and file a claim for this property in whole or in part.

C. COURT ORDER FOR SALE OF REAL ESTATE OR IMPOSITION

Creditors also have the right to initiate enforcement proceedings against the immovable property of the debtor registered in their name/s. In accordance with the article 53 of the Civil Procedure Law (Chapter 6), a creditor, by a court decision, may register a decision made in respect of a debtor with the regional land registration department as security for repayment of the debt. This is done by filing a restrictive registry entry, which is valid for 6 years.

In the event of a debtor -by a court decision- does not have movable or immovable property, there is an alternative way to execute the decision, whereas it’s called the “writ of execution”. It is applicable when the debtor may have a personal interest or be the actual owner of any funds held by other persons, not necessarily involved in the process. For example, a debtor, by decision, may have a credit balance with a bank, or it may be entitled, in accordance with a decision in its favour, to get paid. In such instances, the creditor, having a decision in his hands, can go to court, demanding the issuance of a writ of execution for this property in the hands of a third party.

When a court order is issued, it is handed to the person who is entrusted with appearing before the court, and from that moment of deliverance, all such property becomes a pledge that they own to satisfy the claim of the creditor who has received the court decision. The Law provides guidance for a special procedure to be followed in such cases and the right to object to such an order.

In Cyprus jurisdiction, somebody owes you and they are not going to pay off the debt - what should be done?

Before applying to the Cyprus court, we will consider and, if possible, we will try to use the Cyprus judicial system in such a way to put force to your opponent to start negotiations and to resolve the problem with the parties in a pre-trial procedure.

Our team of professionals has the necessary qualifications both in legal proceedings and, most important, in administrative proceedings, which will allow us to conduct the necessary investigation so that all the assets of the defendant, even well hidden, are found, arrested and further recovered.